Hello. I'm Simon. I make things. Usually things that live on computers. I've contributed to all sorts of things from large multi-application database backends to small mobile games. Coding is both my hobby and my profession.

I like to tinker, that is what drives me. I'm constantly on the lookout for something new to learn. My desire for knowledge means I have experience in many different areas of computer software. In my career I'm the guy that can move between teams, do what needs to be done and move on to the next task.

I've been coding since I was a teen. I went to Sheffield Hallam University to study Games Software Development which is where I picked up quite a lot of my knowledge. Since then I've worked on projects for many big name clients such as the BBC, Disney, Nickelodeon, learndirect, Sky, NBA - the list goes on.

I've worked on apps to track boats in races and installations for museums and events. I've developed online multiplayer games. I've made games that crowd source data for the good of the planet. I've worked with alternative input methods like Wii Fit and Kinect. I've built games that launch alongside TV series and films and even had one of the games I coded re-enacted on the International Space Station. Not bad eh? Unfortunately I can't talk in detail about a lot of these due to NDAs and such but I still recognise them as personal achievements.

All in all, I'm a guy that likes to learn. Programming is my thing, whatever the language or platform.

A game where interacting with characters in a 3D world helps teach the English language. It is endorsed by Cambridge Press and released on both desktop and mobile platforms.

Gathering huge amounts of data from thousands of players, this Facebook game helped scientists crack the genetic code to discover what made some Ash trees immune to the deadly Chalara virus. 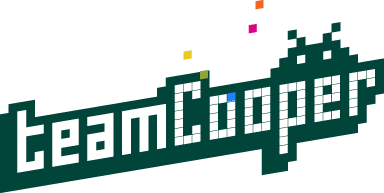 Built in-house, this portfolio website was my first commercial website and was to built to represent my employer at the time. With so many projects to include, there was a wealth of content to make this website feel alive.